In the New Capital

Contract aims to manage and operate the project professionally and efficiently to increase its return on investment, says Hassan Hassanein

First and second phases of the project were sold out, says Ahmed Fares

We began our investment in the New Capital with a new and innovative approach, says Mohamed Abdel Hamid

Zodiac Development, one of the leading real estate development companies, has announced that it has contracted with INMA Property Management to manage and operate Mizar project, the company’s first project in the New Administrative Capital (NAC), and to provide consultancy and prepare market analyzes on the NAC’s Downtown area. In addition to, identifying and pricing required properties and facilities and put in place appropriate marketing mechanisms.

The contract was signed by Hassan Hassanein, chairman of Zodiac Development, and Sherif Noaman, vice chairman of INMA. 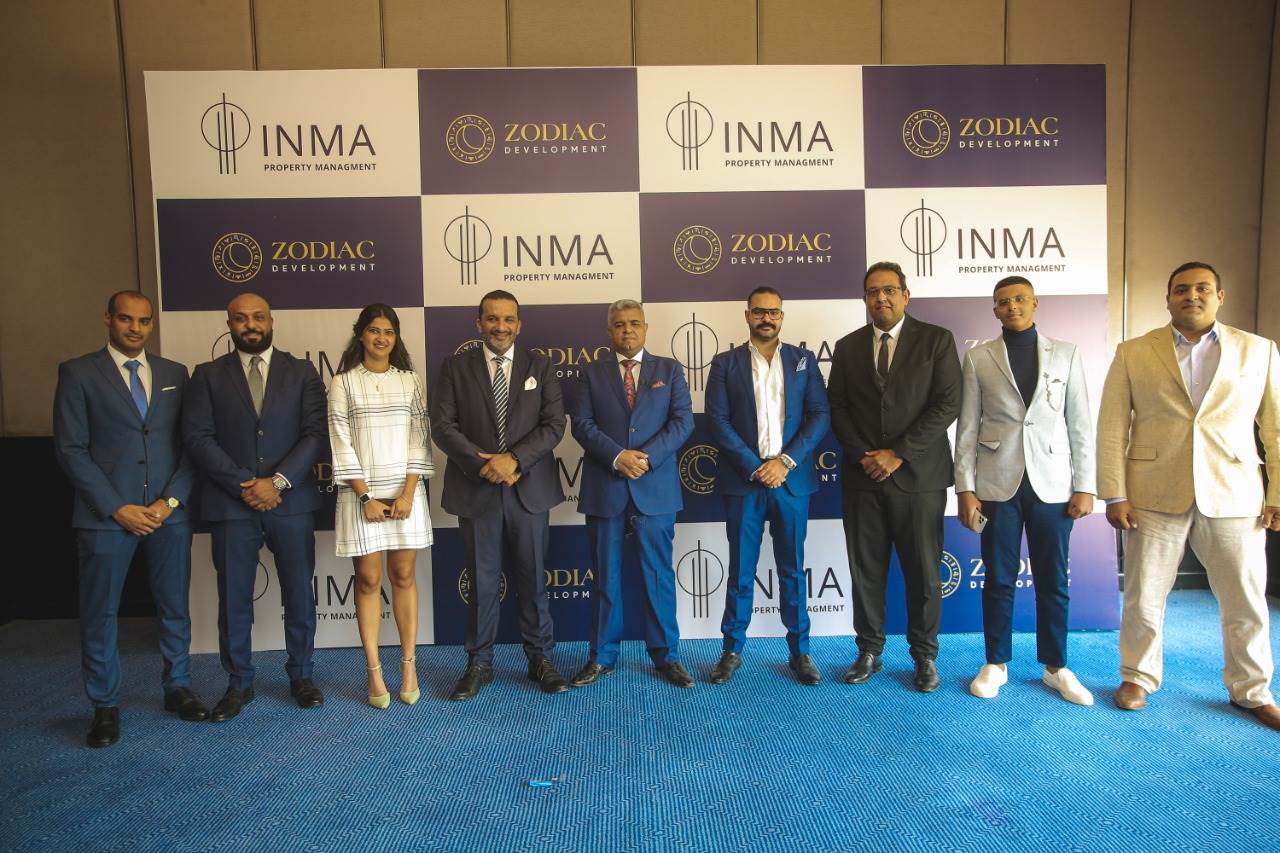 Zodiac Chairman Hassan Hassanein said that the contract states that INMA will manage and operate the project professionally and efficiently to increase its investment returns to serve customers and the company.

Hassanein added that the contract comes within the framework of the company’s plans and strategy to expand in the Egyptian market, in line with the state's development plans in all fields, especially real estate development.

He noted that the Mizar project is the company’s first project in the New Capital, which is located in the most distinguished area in the downtown area. The project spans over 2,650 sqm with built-up area reaching 16,500 sqm and comprises commercial, administrative, medical properties. Additionally, it consists of ground and 12 floors, with investments amounting to EGP 400m.

“Mizar witnessed a large demand and the company has sold out the first and second phases of the project within a short period,” he elaborated. “The company is preparing to launch its second project in the NAC’s Downtown, which would be a commercial, administrative and medical project."

For his part, Sherif Noaman, vice chairman of INMA Property Management stated, “I would like to express our happiness to cooperate with Zodiac Development and thank them for choosing INMA. According to the contract, we will manage the Mizar tower in the New Capital and our main role is to manage long-term relationships between Zodiac and its valued customers in terms of providing a distinguished level of service that reflects the extent of understanding for customers’ needs and requests.”

Noaman added that the Mizar tower is a promising project in a privileged location, being developed by one of the famous companies in Egyptian market.

INMA Property Management is one of the Genena Group, which manages a group of different projects such as mixed-use buildings and malls in more than one location in Cairo and abroad, he explained.

He further said, “We believe that we are able to manage any property professionally because needs of all clients are the main driver of style and level of service provided. INMA runs Trivium Business Complex in the Fifth Settlement, New Cairo. The complex is a commercial, administrative, medical building, and in the near future Trivium Square will be followed by Trivium in Sheikh Zayed City next year. As for the malls, we run one of the oldest malls in Nasr City, Genena Mall, and we have Genena City, which is an integrated entertainment city in Sharm El Sheikh.”

Zodiac Development CCO Ahmed Fares said that Zodiac always aims to cooperate and contract with major local and international companies to enhance their investments in the market and launch a distinctive real estate product that keeps pace with rapid development that is being initiated in the New Capital and meets aspirations of the company and its customers.

Fares pointed out that INMA, which is one of the companies of Genena Group has a great experience and efficiency in managing and operating mixed-use projects for administrative, commercial and medical properties.

He noted that the Mizar project delivery is scheduled to begin in 2024, added that the company has a great record of accomplishment in the Egyptian market, especially in downtown area through the development of residential towers and commercial and administrative malls, the most important of which is the development and operation of Sednaoui Mall. In the development work of the mall, the company took into account maintaining character of the historic mall designed by the designer of the Eiffel Tower in Paris, in addition to a group of malls and commercial buildings in the same area.

Meanwhile, the company’s Marketing Director Mohamed Abdel Hamid said that Zodiac knocked on the doors of investment in the New Administrative Capital with a new and unconventional approach to face the great competition in the capital market, and to continue its successes achieved over 20 years in commercial and administrative projects.

Abdel Hamid stressed that the company offers its customers with various payment plans in proportion to their different needs and capabilities, starting from 10% down payment and payment plan up to 9 years.

Furthermore, he added that the project is situated in a unique location in the heart of the New Capital, near Gold Market, the Mosque of Egypt and government district.

Abdel Hamid expected a spike in real estate prices in the coming period due to changes in the market.