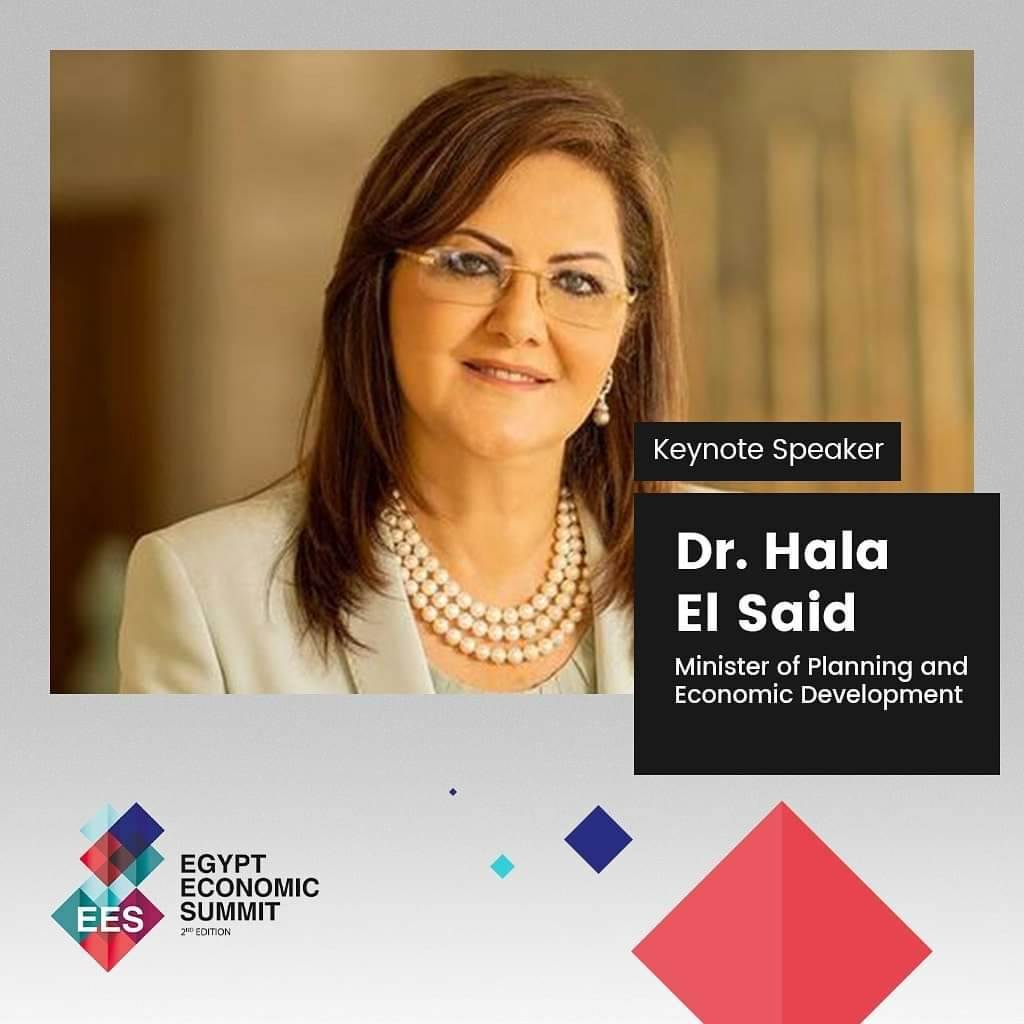 El Said will act as EES Keynote Speaker in its second edition, just after she won the Arab Government Excellence Award.

H.E. Dr. Hala El Said is currently Minister of Planning and Economic Development. She previously held the position of Minster of Planning Monitoring and Administrative Reform from February 2017 to December 2019.

She was the former dean of the Faculty of Economics and Political Science (FEPS), Cairo University, and a member of the board of the central bank of Egypt.

Egypt’s Minister of Planning and Economic Development Hala El-Said was selected as the best minister in the Arab world.

Sheikh Mohammed bin Rashid Al Maktoum, Vice-President and Prime Minister of the UAE and Ruler of Dubai, announced recently the winners of the Arab Government Excellence Award, which aims to honor leading Arab ministers and ministries for their outstanding work in advancing governance and administrative practice in the region.

Launching the awards last year in May, Sheikh Mohammed said: “The Arab League can play a major developmental role for the region. The Arab Government Excellence Award aims to create a new development movement in the Arab World.”

“A country that adopts advanced administrative systems will gain a sustainable, fast-paced development journey leading to further prosperity, strength, and growth,” he added.

El-Said was selected as chairperson of the newly established  Sovereign Fund of Egypt (TSFE), in addition to current post of  Minister of Planning since 2017.

El-Said took part  in formulating Egypt 2030 Vision, in addition to managing the country’s digital transformation, as the state is working to develop a comprehensive plan for reform and governance of its administrative apparatus, to upgrade the state  institutions and create a business environment supportive of the private sector and attractive for domestic and foreign investment.

The award of Minister of Planning and Economic Development and the best infrastructure development project went to  Benban Solar Energy Project.

MEDEX kicks off as a medical developer with wide expertise