Sawiris Foundation for Social Development (SFSD) and the University of Chicago celebrated the 15-year anniversary of their joint program, Sawiris Scholars Exchange Program. Within this celebration, Mr. Nassef Sawiris, Founder of Sawiris Scholars Exchange Program, was honored for his inspiring career and contributions since the launch of the program.

Sawiris Scholars Exchange Program, in cooperation with the University of Chicago, offers the opportunity of spending an academic year at UChicago for a select group of Egyptian students, who graduated from public high schools and are enrolled at Cairo University, Ain Shams University, Alexandria University and the American University in Cairo.

The ceremony was attended by H.E. Dr. Hala El Saeed, Minister of Planning and Economic Development,  Mrs. Yousriya Loza Founder & Chairwoman of Sawiris Foundation Board of Trustees, the Founding Members of Sawiris Foundation for Social Development; Mr. Nassef Sawiris, Member of University of Chicago’s Board of Trustees, Honorary President of Orascom Construction PLC and CEO of Orascom Construction Industries (OCI N.V); Professor John Boyer, Dean of the University of Chicago; and Mr. Hassan Abdullah, Governor of the Central Bank of Egypt, as well as the Presidents of Ain Shams, Cairo and Alexandria Universities, and American University in Cairo. 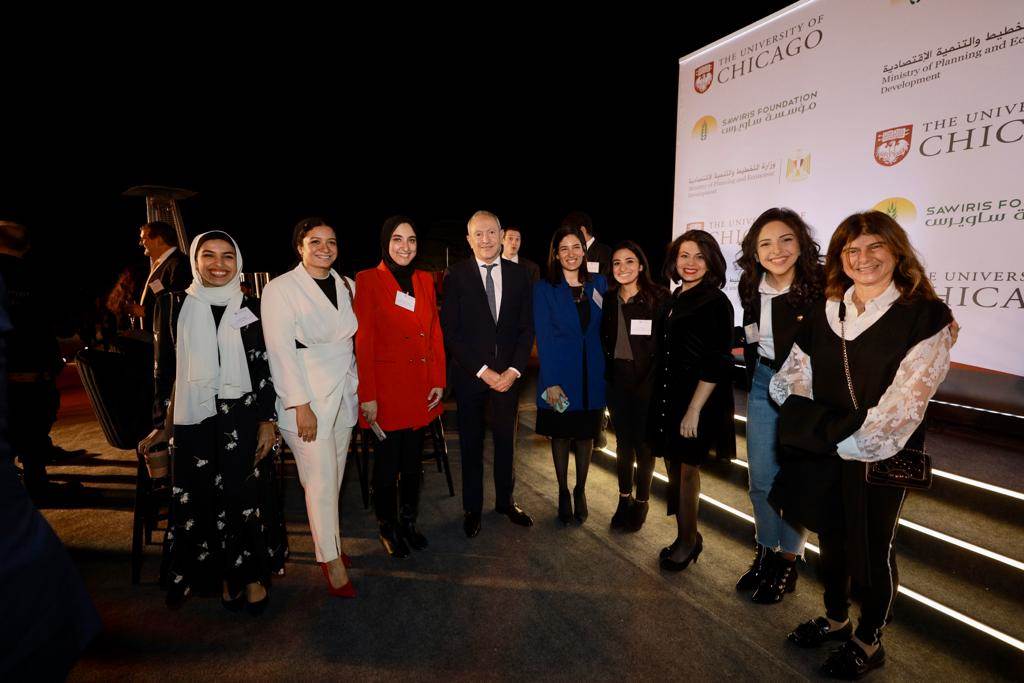 H.E. Dr. Hala El Saeed, Minister of Planning and Economic Development explained that Sawiris Scholars Exchange Program equips students with wonderful skills and motivates them to combine discipline, intelligence, wisdom and knowledge. She explicated that the organization of the program in Egypt is not a mere coincidence, but the history of Egypt indicates that the development of human resources enhances competition and the spirit of cooperation, which leads to creating wonderful scientific experiments that enrich scientific life for decades.

H.E. Dr. Hala El Saeed added that studying abroad gives the students the opportunity to look at the challenges of the world through a global vision, explaining that when talking about global issues such as climate change or food security, a global language must be used to adapt and expand knowledge about the issues that are faced on this planet. 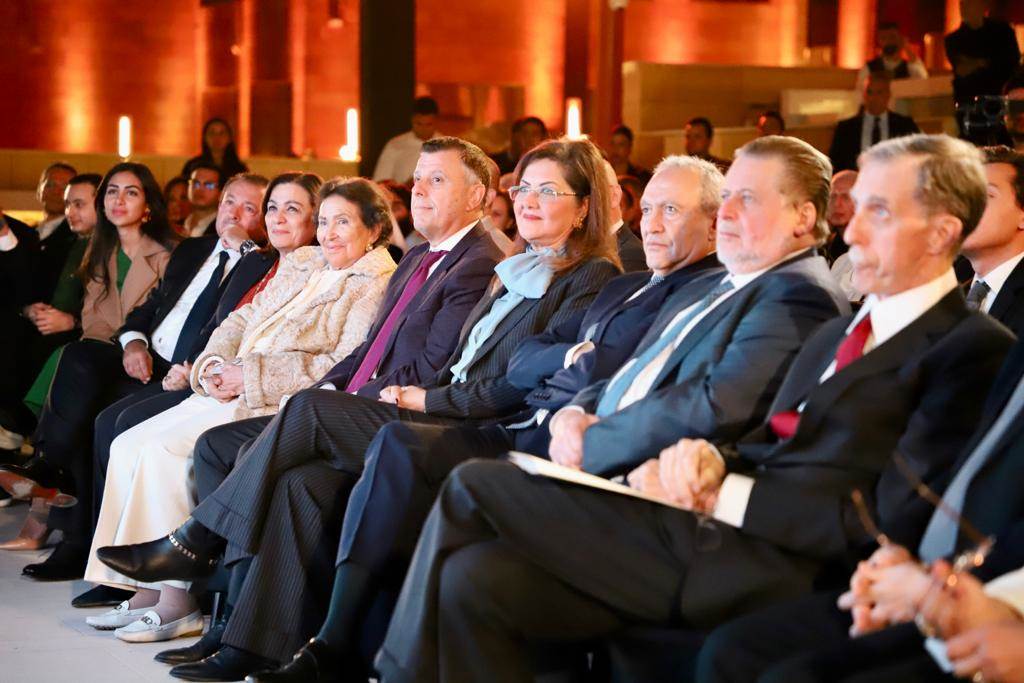 H.E. Dr. Hala El Saeed elaborated that Egyptian students also contribute to promoting the unparalleled heritage, rich culture, civilization and Egyptian culture and the Egyptian nation has been and will always be, since the beginning of history a source for creating knowledge and exceptional talents, which contributed to the progress of humanity. 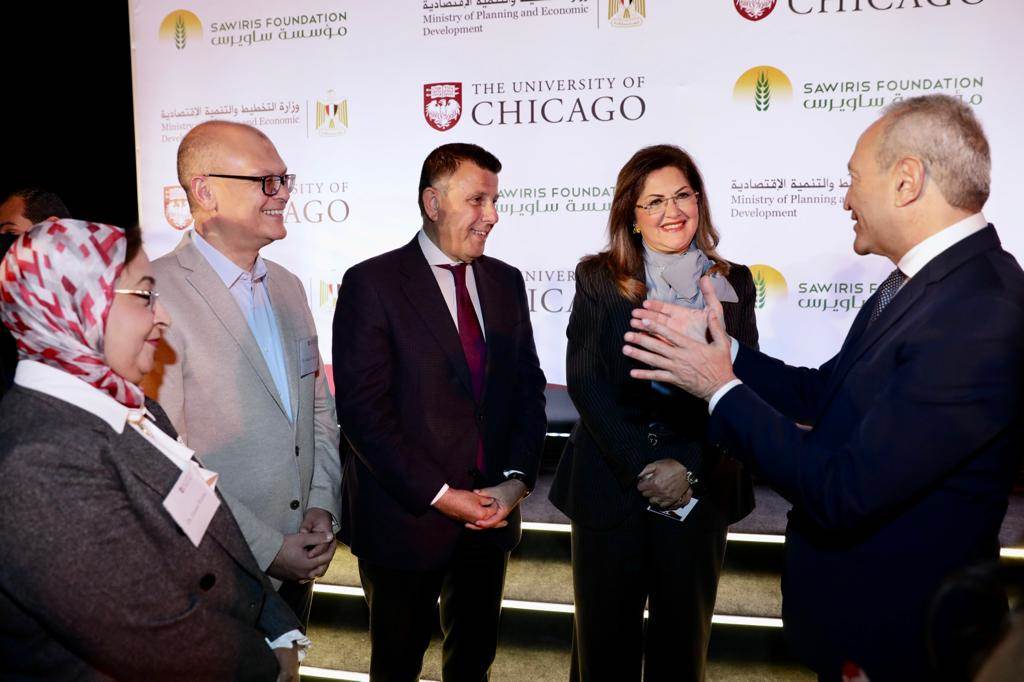 H.E. Dr. Hala El Saeed indicated that over the past few years, extensive work has been done to expand Sawiris Scholars Exchange Program at the University of Chicago-Sawiris to include other Egyptian universities, in a way that supports the direction of the Egyptian state and is consistent with the goals of Egypt's Vision 2030.

On this special occasion, Businessman Nassef Sawiris stated: "Honoring me today feels special as I am a UChicago alumni, and it’s a great pleasure to witness the Scholars Exchange Program’s unceasing achievements thrive since its launch." He also expressed his pride in the successful cooperation between Sawiris Foundation and the University of Chicago in delivering the exchange program. Over the past 15 years, the program has welcomed 110 students, including 14 graduates who obtained their Bachelor's Degree from the University of Chicago in the fields of economics, political science, statistics and finance. 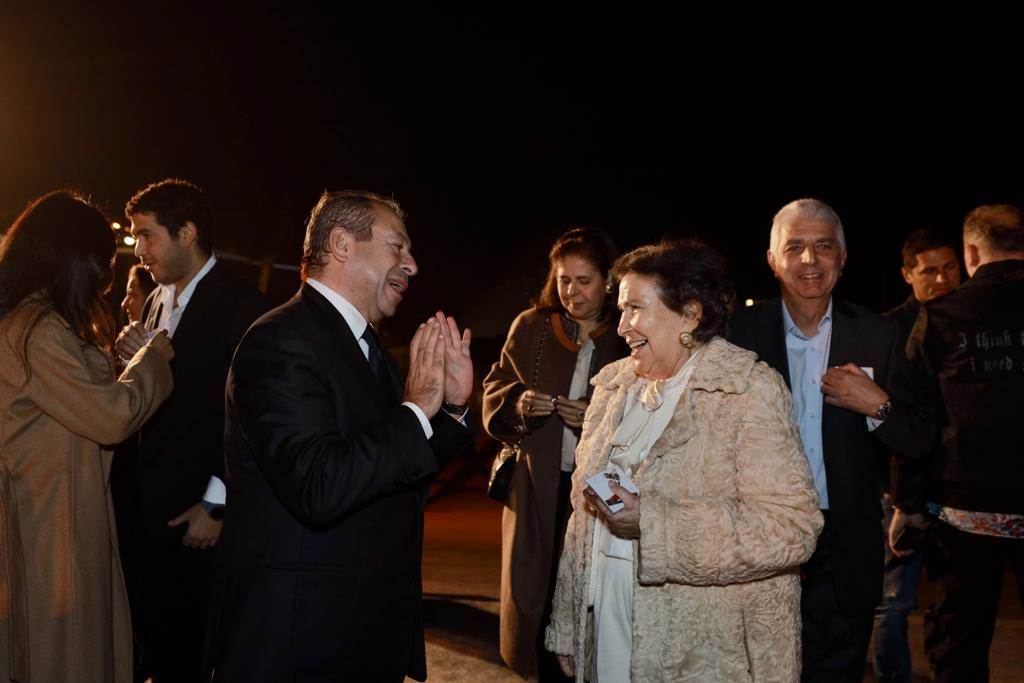 Sawiris added: “We have invested more than 50 million dollars over the past 15 years with the aim of supporting and developing Egyptian students’ capabilities, which benefit the education sector as a whole. We also believe in the importance of availing the youth’s potential and directing their capabilities to develop the Egyptian economy. With that being said, our exerted efforts contribute to creating future leaders capable of achieving economic development and advancing the society.”

For his part, Professor John Boyer, Dean of the University of Chicago said: "We are honored to be here today in Cairo, celebrating ambitions and aspirations of the Egyptian students, who graduated from the University of Chicago through Sawiris Scholars Exchange Program. We are pleased to build effective partnerships with the Egyptian entities, in an effort to foster human ingenuity and critical thinking.”

It is worth noting that the exchange program provides the scholars to spend an academic year at UChicago, studying up to 12 courses over three quarters (Autumn, Winter and Spring). The Foundation has also ensured that the scholars are fully integrated into university life, receiving the same access to courses and educational resources as degree-seeking students, as well as access to everything the city of Chicago has to offer. Additionally, the scholars receive full funding, which covers tuition, airfare, housing, health insurance and a living stipend.