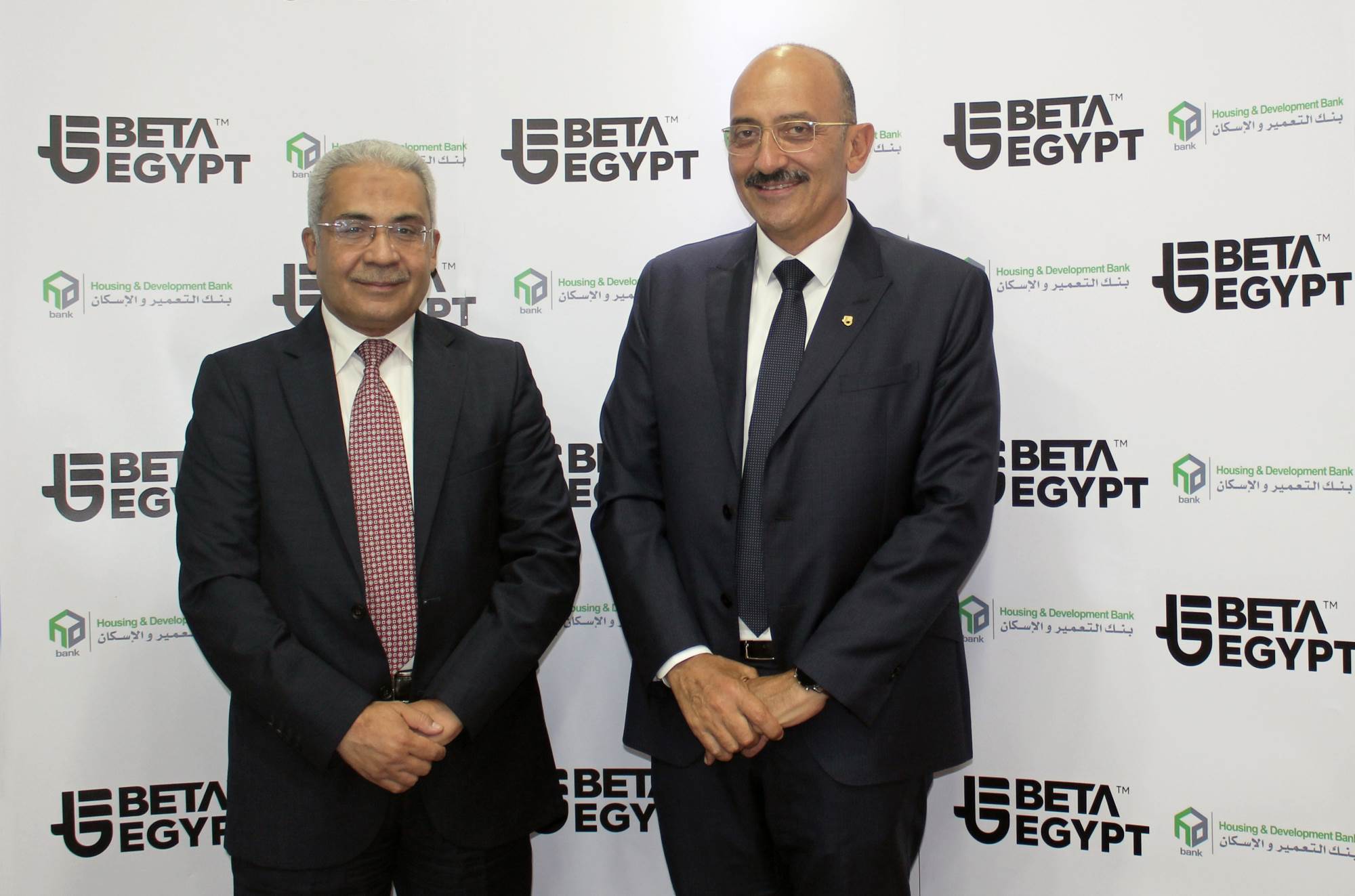 Beta Egypt for Urban Development signed a protocol with the Housing and Development Bank (HDB) to provide mortgage finance initiative led by the Central Bank of Egypt (CBE) with interests of 3% and 8% to fund units located at the company’s compounds in October Gardens district and Mostakbal city in New Cairo.

The protocol came in line with the state’s directives to support mortgage finance and meet customer’s needs to find convenient housing. Beta Egypt’s CEO Alaa Fikry and the head of mortgage finance sector at HDB Mohamed Maharek signed the contract.

Moreover, the protocol has also offered mortgage finance to the overpriced units out of the interest percentages determined by the CBE.

Fikry said that the protocol came as a part of Beta Egypt keenness to meet the needs of its customers, along with achieving the state’s goals and plans which aim to boost mortgage finance initiative as it contributed in pushing the real estate sector.

He expressed his joy to collaborate with HDB which contributed in making a leap in real estate sector whether through offering loans to projects or cooperation with governmental, private institutions to construct significant projects.

He noted that the protocol states funding all the sold and unsold units in “Beta Greens New Cairo” compound in Mostakbal City alongside with the company’s projects in October Gardens district.

It comprised from 730 residential units varies between apartments and independent, twin and town family villas. There areas ranged from 90 to 250 m². The company is also about to deliver the project’s first and second phases within six months.

On his part, Mohamed Maharek, the head of mortgage finance sector at HDB expressed also his happiness with the new collaboration with Beta Egypt.

Apartment rentes are soaring across the U.S.